Danaidae is the family of “milkweed butterflies”  (those who feed on milkweed leaves during their caterpillar stage) that includes the emblematic monarch.  As is widely known, monarch populations have declined alarmingly in the past 25 years**.

As part of my own small effort to help avert their extinction, I’ve protected the milkweed plants from being mowed wherever I’ve lived.  Although bordered by mono-cropped farm fields on three sides, I’m happy to say the milkweed on my current eight acres is flourishing. 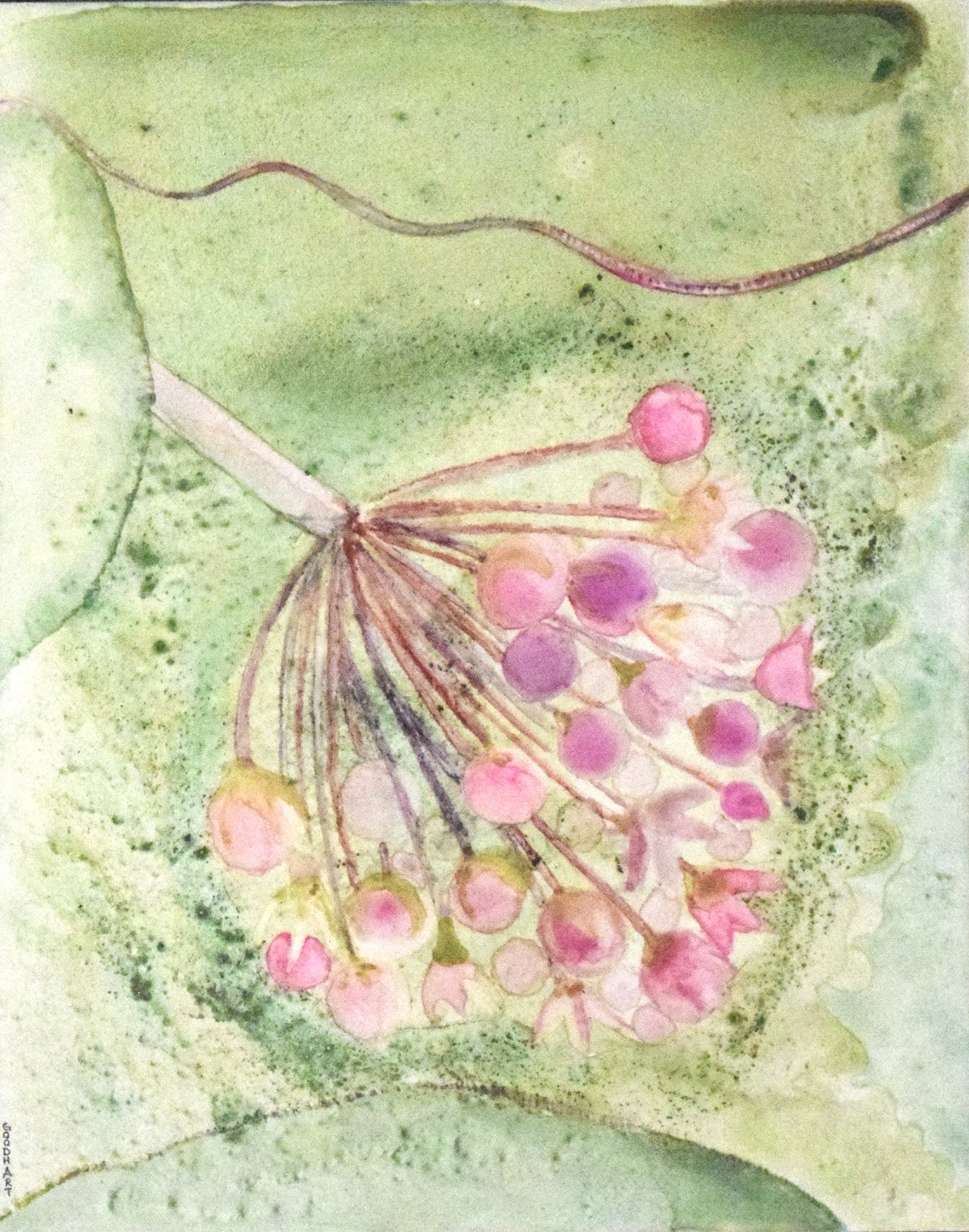 While the general news for monarchs has been dire, I found the following assessment of the population in spring 2020.  “Heading up north after spending the winter in Mexico, this year’s Monarch Butterfly population is estimated to be the highest it’s been in the last twelve years! Jumping more than 144% in the last year, the Monarch Butterfly population has tremendously grown and is now set to migrate all the way up to New York.” https://www.onlyinyourstate.com/new-york/monarch-migration-ny/ 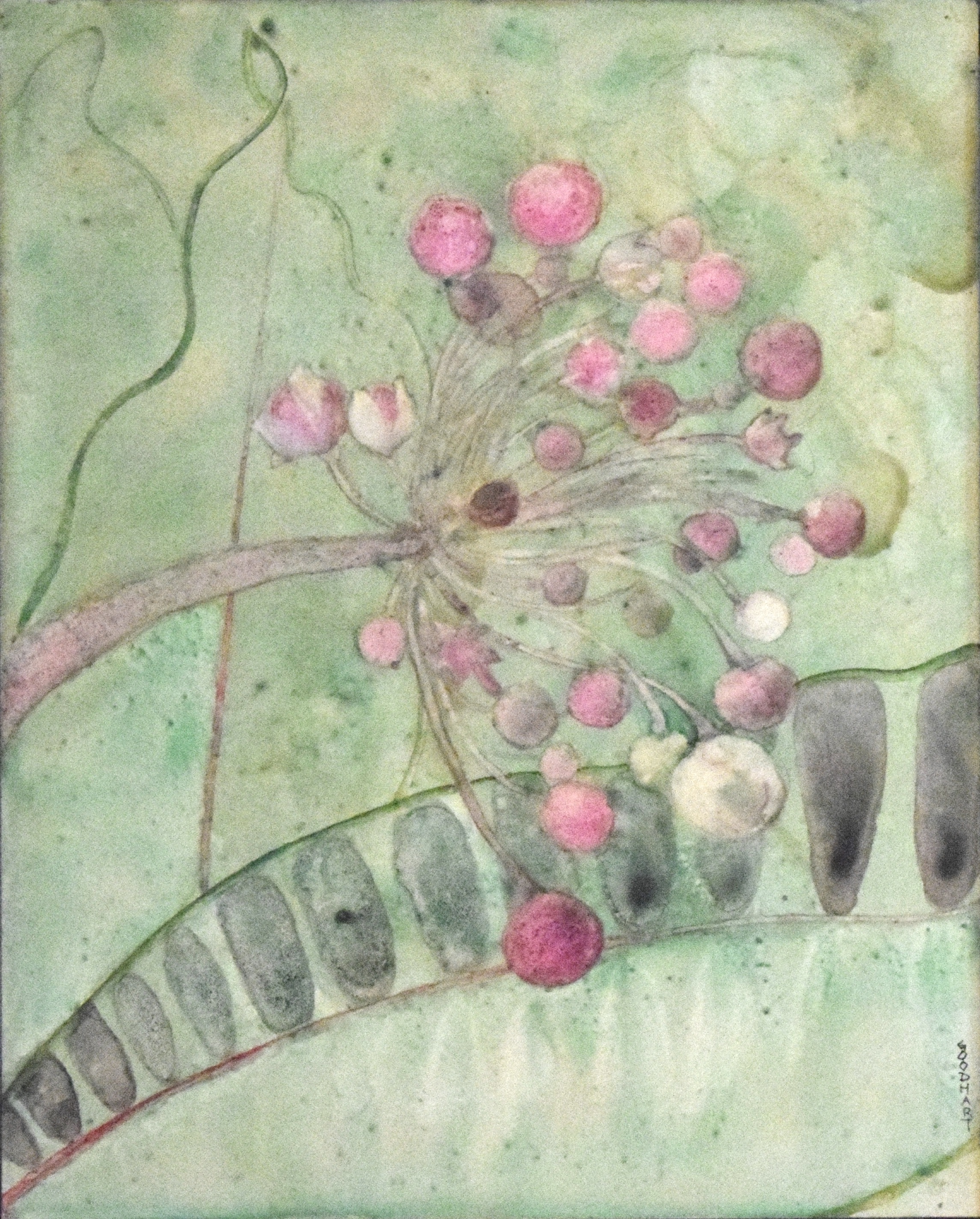 I’ve always been thoroughly smitten by milkweed’s flowering fragrance, and just this year I had the time to really notice the exquisite beauty of the plant itself — the boldly simple forms of the thick stalks, large waving leaves, spherical florets,  and the subtle colors of sea green, rose, and pale yellow that alternate and blend. 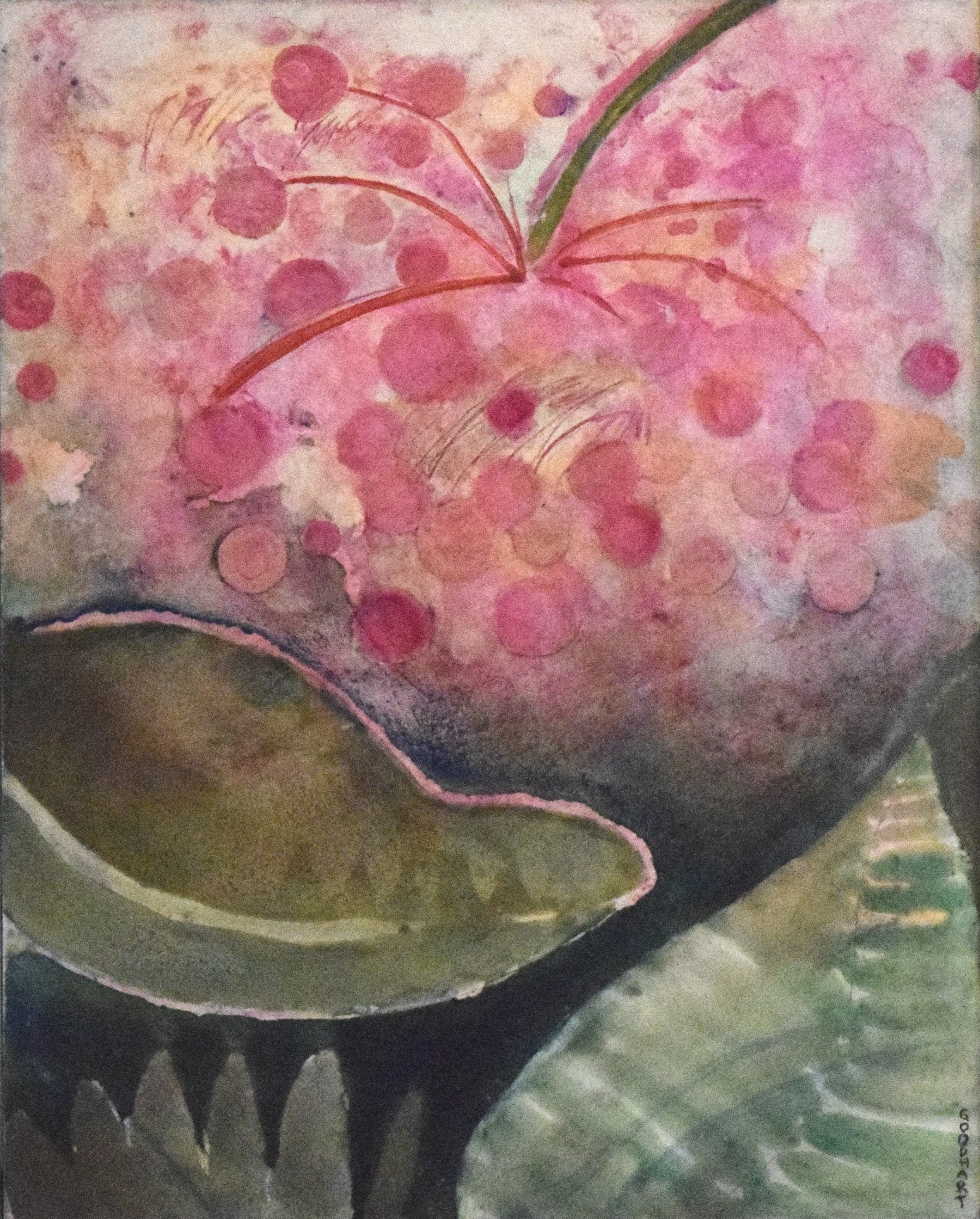 I have also noticed more monarchs in each of the past four summers. My joy in the monarch’s  budding resurgence, thanks to so many conservation efforts and their own astounding vitality, combined with marveling at the beauty of their gracious host plant, resulted in a new series of paintings this summer. They are an utter delight to make and many more  will follow.  These are six of the eight that are currently part of the Agricultural Stewardship Association’s annual Landscapes For Landsake art show and benefit sale from October 10 -30 2020.

** “In the 1990s, hundreds of millions of monarchs made the epic flight each fall from the northern plains of the U.S. and Canada to sites in the oyamel fir forests in central Mexico, and more than millions of monarchs overwintered in forested groves on the California coast. Now, researchers and community scientists estimate that only a fraction of the population remains—a decline of approximately 80% has been seen in central Mexico and a decline of 99% has been seen in coastal California.” https://xerces.org/monarchs